The Next Generation of Prescription Wart Remover is Here!

The Next Generation of Prescription Wart

They call me the “The Wart Wizard”

I’m Steven Leon MS, PA-C.  I’m a dermatology physician assistant and the founder of Fixwarts.com. We treat wart by virtual consultation all over the U.S. Nobody treats more warts than us!

This is the story about how I became the first expert with a new generation of wart removers that are a real breakthrough.

This new, breakthrough compounded prescription wart medication has a 95% cure rate in only 1-2 weeks.  It gets rid of warts much faster and is more effective than any other wart remover.

My colleagues affectionately (I think) refer to me as “the Wart Wizard” due to the great results I get for my patients with this compounded wart remover.

This is the story of the creation of a breakthrough wart remover. It is also the story of how I discovered this medication and why I felt compelled to start fixwarts.com to give patients all over the nation access to these fantastic medications. I will also answer the question I’m frequently asked, “If it works so well, why isn’t every doctor prescribing it?”

A Compounding Pharmacy Creates a Breakthrough in Wart Treatment

The story began in 1991. NuCara Pharmacy, one of the leading compounding pharmacies in America. At the request of doctors and podiatrists, they began to formulate a better wart remover. After five years and seven reformulations, they had perfected it. It was the most effective wart remover ever!

Why Most Wart Removers don’t Work

Topical wart medications don’t stay on the wart and spread to the surrounding skin, where the medication irritates healthy skin. Patients stop wart treatment before the wart is dead because the healthy skin becomes so irritated.

After years of work, NuCara’s compounding pharmacists solved this problem by creating what came to be known as the Remedium Delivery System and patented it.

Kill the Wart, Not the Skin

This system is an adhesive gel. It dries rapidly but is engineered to slowly release it’s medication overnight.  Next, they put not one but two synergistic prescription medications in their formulation. It contains Salicylic Acid (FDA approved for the treatment of warts) that breaks down the thick layers of dead skin, and Fluorouracil(5-FU), which destroys the fast-growing wart cells while not killing healthy skin.

Fluorouracil is approved in Europe for wart removal and has been used off label in the US for years to treat warts. The combination of the Remedium medical glue, salicylic acid, and Fluorouracil was more than the sum of its parts.  It turned out to be the most effective wart remover ever.

We Made a Medical Breakthrough… So Now What? 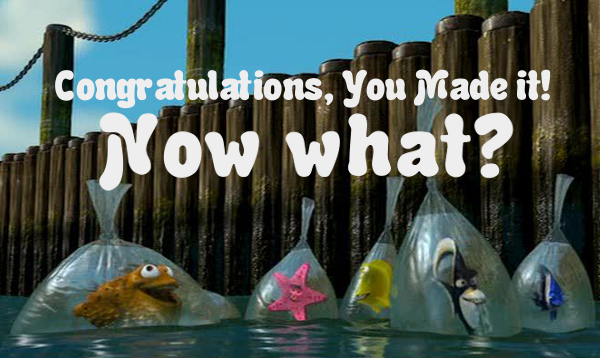 The compound wart remover worked much better than any other over the counter or prescription wart remover, but it was just one of many products and services NuCara offered.

They made little effort to market it, but its use slowly spread by word of mouth. Their real focus was raising tens of millions of dollars to try to get their wart remover into clinical trials so it could become a brand name drug.

Raising money proved difficult because investors were more interested in backing medications for chronic diseases, prescriptions that could be refilled months after month for years.

Being pharmacists, they probably didn’t fully realize that their new wart remover didn’t make much financial sense for doctors to adopt and would need a costly marketing effort to train them in its use (more on that later).

One Physician Assistant VS the Wartpocalypse

In 2015 I took a job in kern county, the lowest income county in California. 50% of my patients were children, and I saw ten times more warts than I had at any other job.

Our practice had a three-month wait for appointments. The typical patient had several months of failed treatments at their pediatrician or PCP.  By the time we saw the patients, many of their warts were severe. I jokingly referred to this enormous number of severe wart cases that I saw day in and day out as the Wartpocolypse.

The studies about wart treatment all agree that the most common procedures we use in the office like freezing warts don’t work. Seeing this many wart cases every day, it soon became obvious that the studies were right!

I define “working” as being successful most of the time within a reasonable time frame.  Patients want to get rid of their warts in weeks, not months.  Besides surgical removal, which is appropriate in a few cases only, the other non- surgical treatments like freezing and OTC salicylic acid don’t work.  The conclusion from the most extensive, most recent review of all prior studies on warts confirms this!

The doctors who pay attention to these studies often recommended waiting for the wart to resolve on its own (patients love to hear this!), which could take years. My patients were unhappy and wanted their warts gone now!

Children were getting teased at school, and grandmothers were afraid to touch their grandchildren.  Patients with genital warts were spreading potentially cancer-causing viruses (HPV) to their partners or putting their sex life on hold.

I was not about to tell these patients to wait years for their warts to go away because I had nothing better to offer them!  I had to find a better way.

Looking for a Wart Treatment that Really Works

After weeks of searching, I found a single post on a dermatology message board about a compounded medication called WartPeel.  The physician said he was using it with excellent results.  I decided to give it a try.  I felt comfortable using WartPeel because It was a combination of two medications I  had experience using, salicylic acid and 5-fluorouracil.

I treated my first group of patients with it.  I wasn’t expecting great results. The results I saw were fantastic. Warts I had treated for months were dying and peeling off in 1-2 weeks. I quickly prescribed to more people with all kinds of warts, genital warts, plantar wart, periungual warts, and even flat warts on the face.

Even children and patients with genital warts found it virtually pain-free. Genital warts on the penis, scrotum, and groin, in particular, had a cure rate approaching 100% and typically took only 5-7 days to resolve due to the fact that they were softer and thinner than warts in other areas.

Expanding the use of WartPeel

With these outstanding results, I now started to offer WartPeel as a treatment option to everyone with warts (with the exception of perianal warts).   After treating over 100 patients, I decided it was time to share my findings with the rest of the dermatology world.

Along with my supervising dermatologist, Gene Rubinstein MD. We submitted the first article ever about WartPeel.  It passed peer review and was published in Practical Dermatology.

Our article was reviewed by an editorial board of eminent dermatologists, found credible, and met the medical journal’s high standards.

I decided to write an update to my 2017 article.  It passed peer review and was published by “The Dermatologist Magazine” in March 2020.

Compounded medications can be customized, this is one of their greatest strengths. Over the years, I have created different variations on the original WartPeel formula. This allows me to customize the treatment for even better results, because not every wart is the same.

During this time, friends and family were requesting the compound wart removers and sending me photos.  I found it easy to diagnose them using their pictures and just as easy to phone in a prescription.  I had stumbled into practicing telemedicine. I wanted to be able to use my unique expertise to help more people get rid of their warts. Thus, Fixwarts.com was born.

If it Works so Well why isn’t Everyone Using it?

This is the most common question I get.  “ If it works as well as you say, everyone would be using it, right?”  Wrong.  One would think the most effective treatment is the most popular. It just makes common sense.  But you forget about two essential factors that influence the adoption of a new medication,  financial incentive, and extensive marketing.  This subject deserves a whole post by itself.

Most Doctors operate on a fee for service model. You go in to have your wart looked at, and there is a consultation fee, which includes writing a prescription if necessary.

Procedures not Prescriptions is Where the Money is.

If you have a procedure like freezing done, you pay an additional procedure fee, depending on the location of the wart, the visit will cost an additional 100-250 dollars. The procedures are where the real money is.

Doctors are one of the most ethical and compassionate groups of people that I know.  However, the laws of economics create a kind of gravity and pull people toward the most profitable ways of doing things, which is to do more procedures. Nobody is immune to economic incentives.

Second,  large drug companies spend tens of millions to market their drugs to doctors.  They do this by sending out an army of drug representatives to visit your office regularly, giving out samples, inviting you to dinners, and hiring doctors as guest speakers at conventions.

This marketing blitz is what it takes to get a doctor’s attention and to incentivize him or her to consider new treatments because doctors are slow to adopt new treatments and are usually very busy.

NuCara, the compounding pharmacy that created WartPeel, doesn’t have these kinds of resources.

Realizing all this, starting my own telemedicine business made sense. Through some colleagues, I met board-certified dermatologist Blake Galler MD. He was a huge fan of WartPeel too. We formed a partnership. Our goal is to help people get rid of their warts in all 50 states.

Through telemedicine, we could use our expertise with this amazing medicine to help more people than we ever could just waiting for patients to walk into the clinic.  Patients would save time and money versus traditional wart treatment,  not to mention getting the most effective wart remover on the market.

I look forward to treating you online!

Steven Leon MS, PA-C is the founder of FixWarts.com is a dermatology physician assistant with 15 years of experience and 17 nationally published articles.  He Currently practices at Dermatology and Laser Center of Simi Valley.

The fine print! This article is not, nor is it intended to be, a substitute for professional medical advice, diagnosis, or treatment, and should never be relied upon for specific medical advice. It’s always best to talk to a doctor.